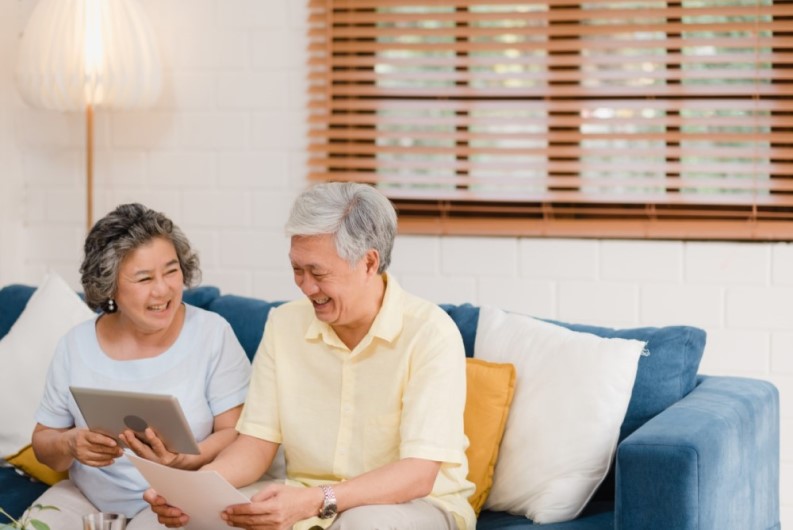 How Much To Retire Comfortably?

Retirement appears to be an exciting end goal for a lot of workers, but not all have prepared enough for it.  How do you prepare for old age and how do you know that you are ready to retire?

Aging is an inevitable part of humanity: people working have no choice but to accept that eventually, fragile human bodies can no longer take a beating from their jobs — regardless of what industry they are in.

But after retirement, people still need to spend especially since getting older requires various healthcare services, creating more expenses.  This makes thinking of ways to save for retirement a bit complicated.

How much should a person’s retirement income or retirement savings be? How much do you need to save? And how could he or she know that it is already enough?

How Much to Save Before Retirement?

Retirement is a definite concept, but how it is planned and enjoyed varies from one person to another. There are different ways to determine how much you need when settling down – even methods in saving for retirement, the  amount of retirement income differs.

So, how much money should a person have before one enjoys retirement?  Well, some say it depends on a person’s lifestyle while he or she was working, or what specific salary range he was in – also identified as a pre retirement income.

For example, the retirement life’s demands would not be similar for a person working in an assembly line and the country manager of the factory that runs it. This is not to understate the importance of laborers, but different lifestyles cannot change overnight.

In 2019, finance service company Charles Schwab conducted a survey among 1,000 workers aged 25 to 70 about their preferred income by the time they retire.  The respondents were working for companies offering 401(k) plans — premium contributions or retirement savings sourced from their salaries, which goes to their retirement account.

The average amount of savings from the respondents was at $1.7 million — which could go a long way if a person can get to live under $100,000 annually.

But the more important thing is that the survey showed that the majority of workers’ savings largely relied on the 401(k) plan and social security services, with 18 percent considering the contributions as their only source of their retirement funds, and 40 percent saying that it is the largest part of their savings.

There is absolutely nothing in availing a 401(k) plan — and by all means, get one — as it gives workers an extra layer of security benefits once they get off from work. However, there is a growing belief that a person must also have other savings more in order to live comfortably.

As a general rule, experts suggest that saving for retirement should mean having at least 70-80 percent of your annual salary while working, as a monthly fund after retirement to sustain the need for a similar lifestyle.  This is called the replacement rate.

So how does that kind of savings operate? For example, if a worker gets to earn around $100,000 per annum, then replacement rate or post-retirement funds should be at $80,000 annually.

But the problem is only a few of 401(k) plans can ensure an 80 percent replacement rate, not to mention that premiums are limited to $19,000 per year, and that excessively high contributions can mean higher taxes.

How Much Do You Need to Save Now?

But how do you set aside savings, especially with all the expenses surrounding you — from mortgages to car payments, credit card bills and other unforeseen circumstances?  Is calculating retirement savings even possible?

Sure it takes a lot of discipline, but there is a formula: one way is to use the 4 percent rule, which dictates that limits withdrawals from a retirement fund to just four percent every year after retiring can prevent shortage in money.

Using the 4 percent rule, you multiply your preferred annual income after retirement of $100,000 by 25.  The answer – $2.5 million, is the amount you have to save before calling it quits.

But a lot of people noted that this rule might be obsolete, as it considers you living for another 30 years after retirement which is not always the case; second, it assumes that you have not exceeded your withdrawals, and third, it uses possible market returns in the past, without acknowledging that investments may have lower yields in the coming years.

It also does not offer flexibility, as one wrong splurge in a year can mean losing money over the next years.

Luckily, there are several calculators for retirement available online, which can guide you on how much you need to set aside annually, depending on your desired income after retirement and your existing incomes or social security contributions.

Calculator.net, offers various computations like telling you how much money you need when you retire while considering other income generating ventures that you have; the money you would get from the social security plan and other safety nets; and the annual investment returns and the average inflation or increase in prices of goods.

It also takes note of your current age, the age when you prefer to retire, and your self-rated life expectancy.  There are several life expectancy calculators on the internet too, like Canada’s Project Big Life where you may need to do a self-assessment before getting accurate readings.

If you are currently 25 years old, earning around $50,000 a year, expecting to receive around $1,200 per month after retirement through the social security fund; plan to retire by 65, expect to live until you are 80, and want at most 90 percent of your previous salary per month or $45,000 — then it says you would have to save around $2.09 million to meet your standards.

There are also more simpler calculators, like MSN’s Retirement Planner, which is almost the same as Calculator.net.  Using the same set of variables given above, MSN’s calculator says you have to save $7,125 per year to be able to spend $45,000 after retirement.

The good thing with saving money for retirement is that due to the 401(k) plan and other factors like stock investments, rental income, and other businesses, the actual money you might need to save is lower.

Say that you have invested in a mechanic shop even before you reach your 50s. If that venture is giving you around $5,000 per month, with this example, you would only need to worry about $40,000 — bringing annual savings needed to just around $6,300.

If you have other income-generating projects, for example, renting real estate, then the number might even go down further.

Additional Income to Receive In Retirement

There are also various companies offering social security after retirement, aside from health insurance and plans which would help you avoid unnecessary expenses.

But the opposite happens when you have obligations, from existing loans that may pile over even after retiring, and other expenses that you cannot avoid. This only means that you may have to spend more for savings and to settle the liabilities.

Life coaches suggest that the liabilities should be settled before even saving up for retirement, which may be fine as long as you double your expected contributions to the 401(k) plan and your expected savings if you will start at a later age than usual.

How Much of Your Retirement Income Will Be Taxable?

There’s also taxes to consider. The contributions you make or scrape from your monthly income to fund your retirement account, these are tax free and therefore not included among tax liabilities.

But the moment a retiree withdraws from his or her 401(k) account, it would be taxed as an ordinary salary — more so if you do early withdrawals, or withdrawals before you reach the age of 59. On top of the usual income tax, an additional 10 percent tax would be placed on top of it.

So with all the troubles that a person has to go through just to configure the right retirement income to save, is it worth to even think of it? Of course it is! After all the years of hard labor, no matter what industry you are a part of, everybody deserves to take a rest and be comfortable. 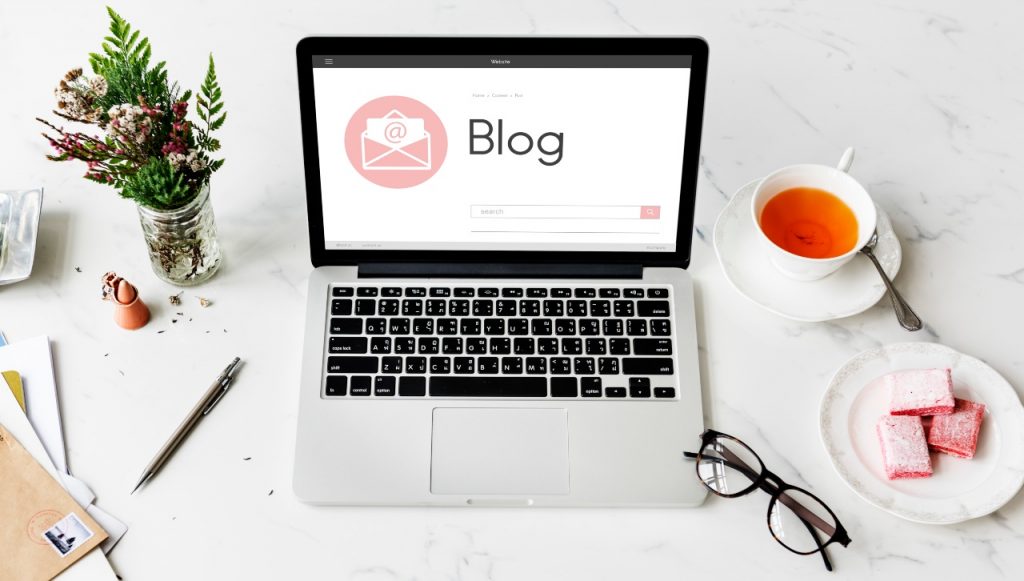 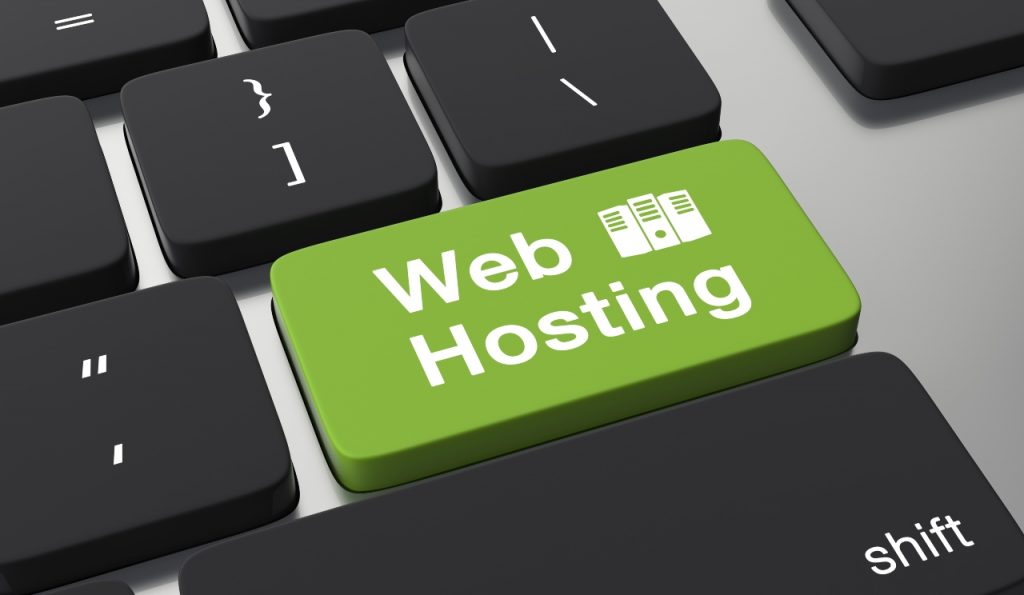 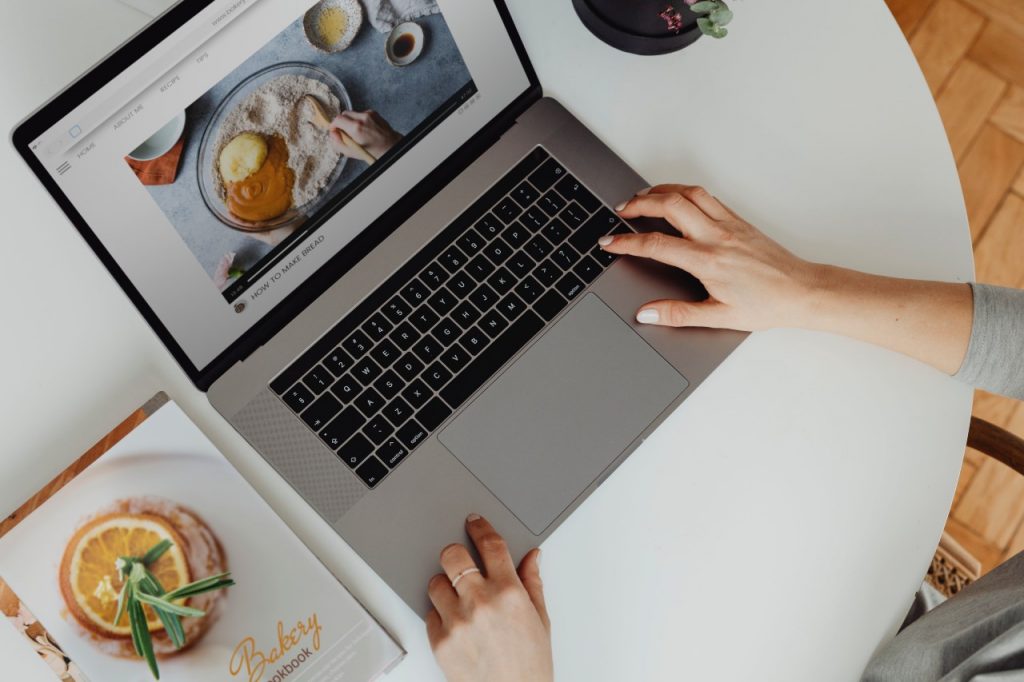 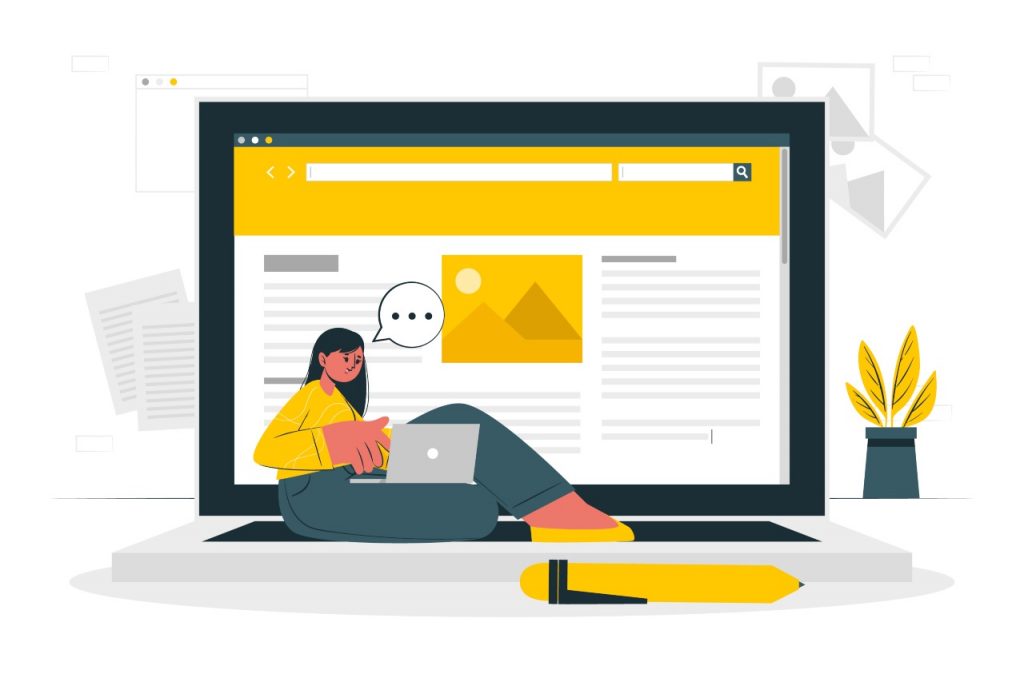 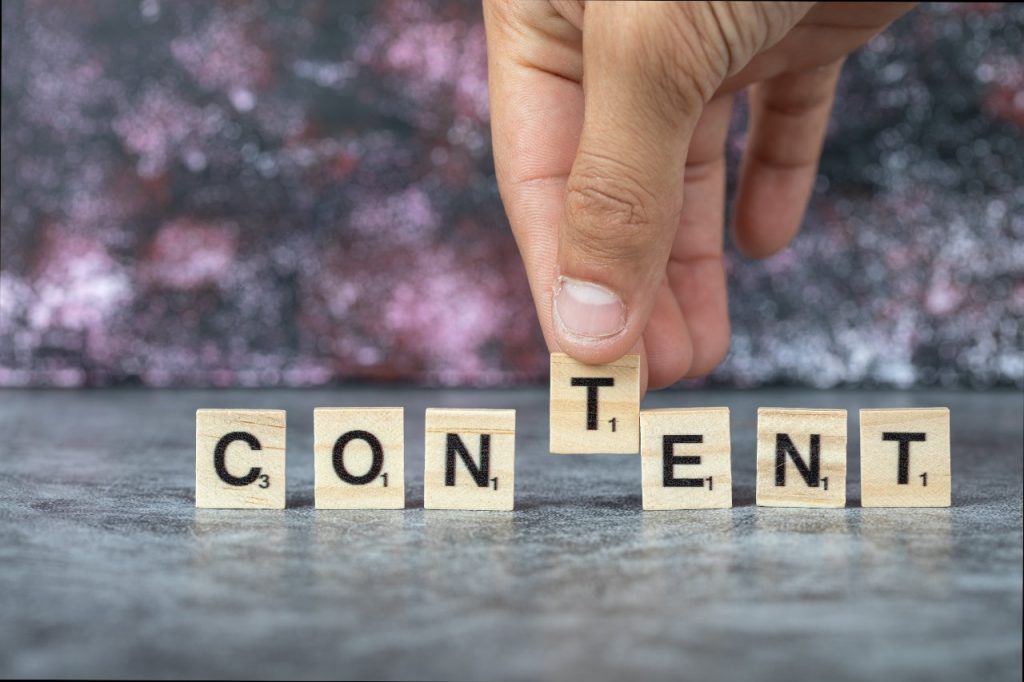 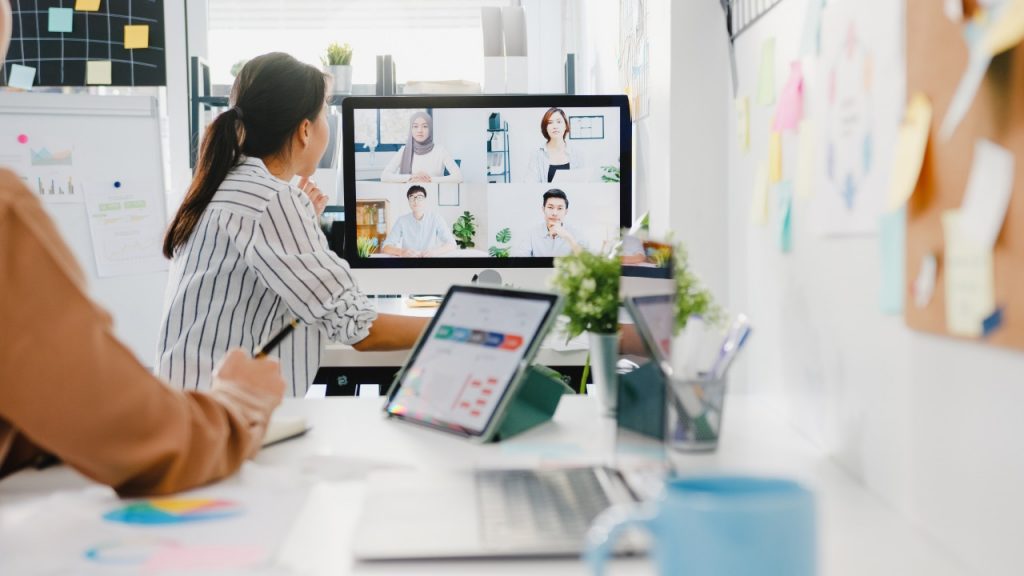 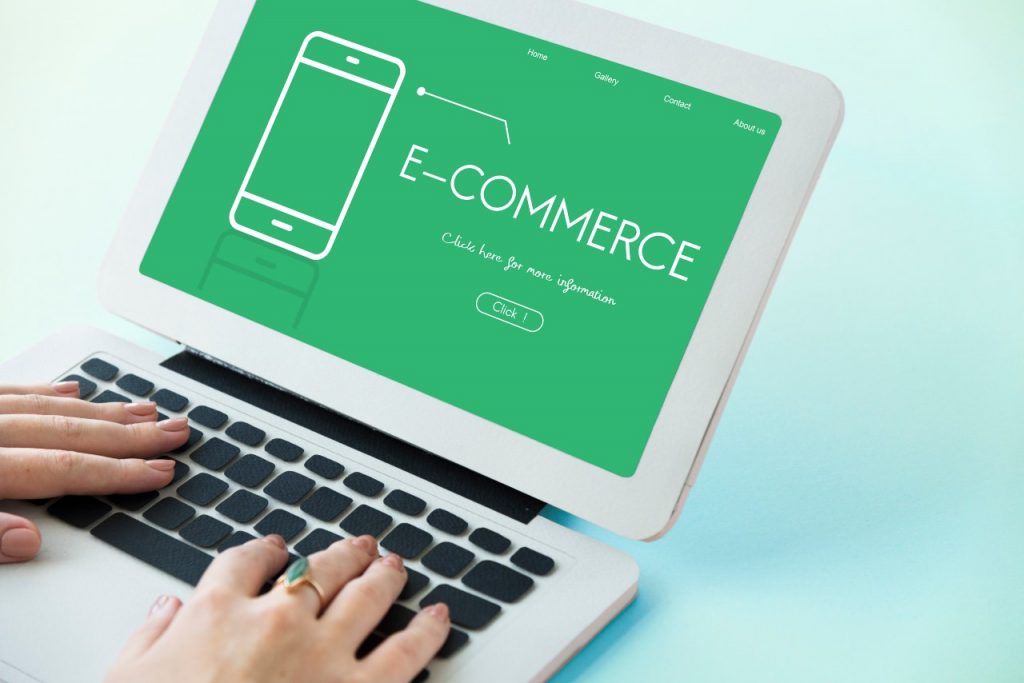 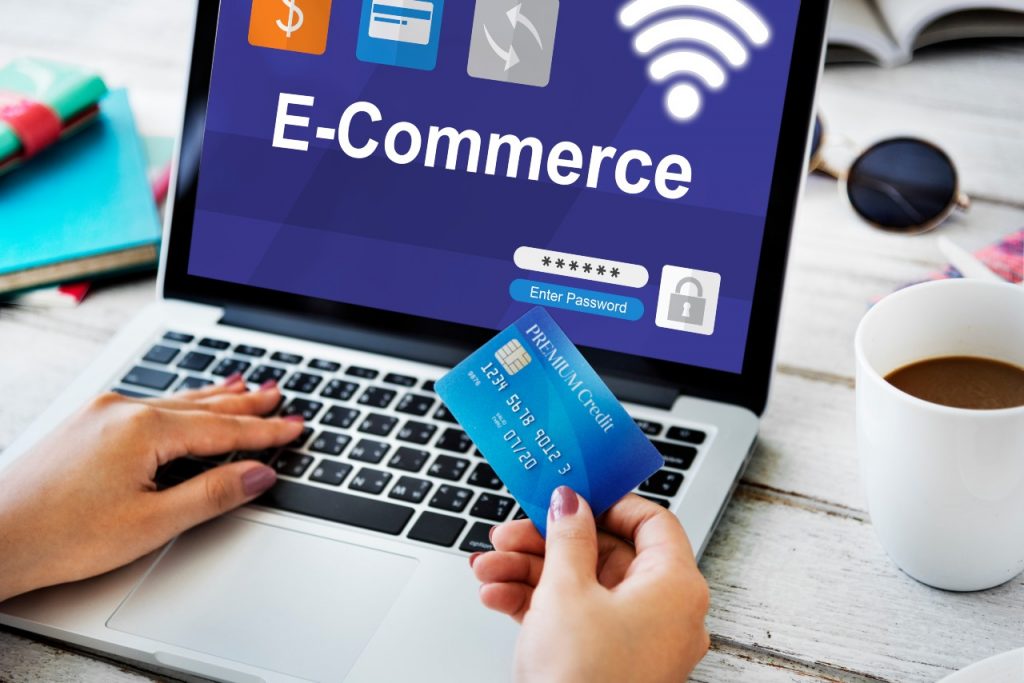 5 Things to Keep in Mind: How Do I Start an Ecommerce Business in 2022? 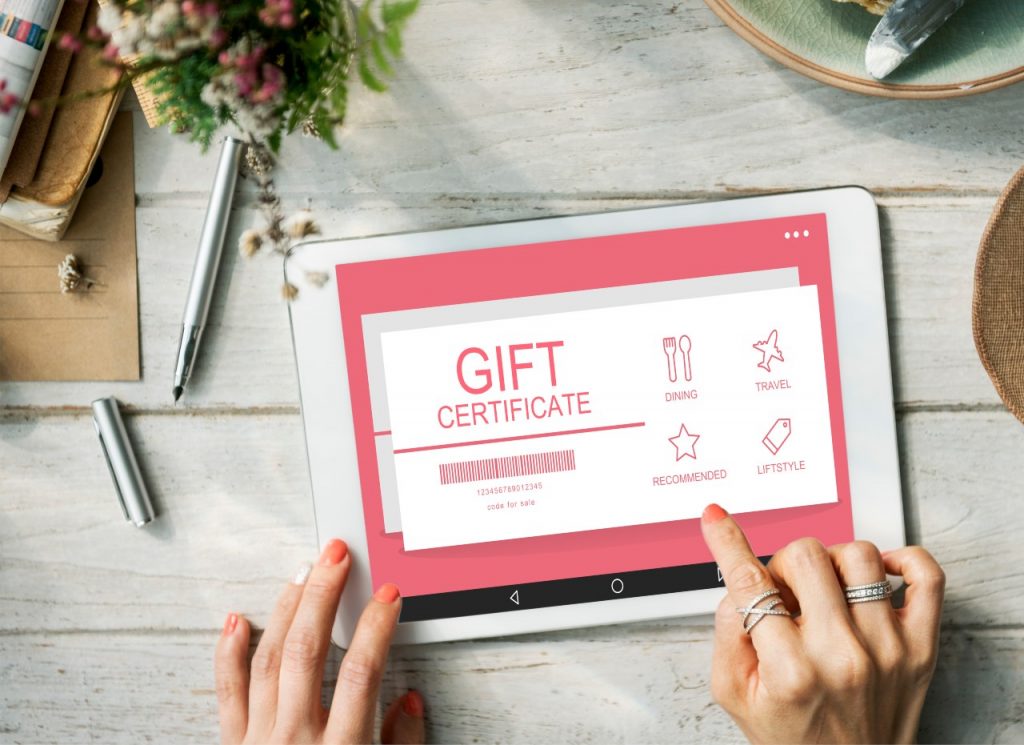 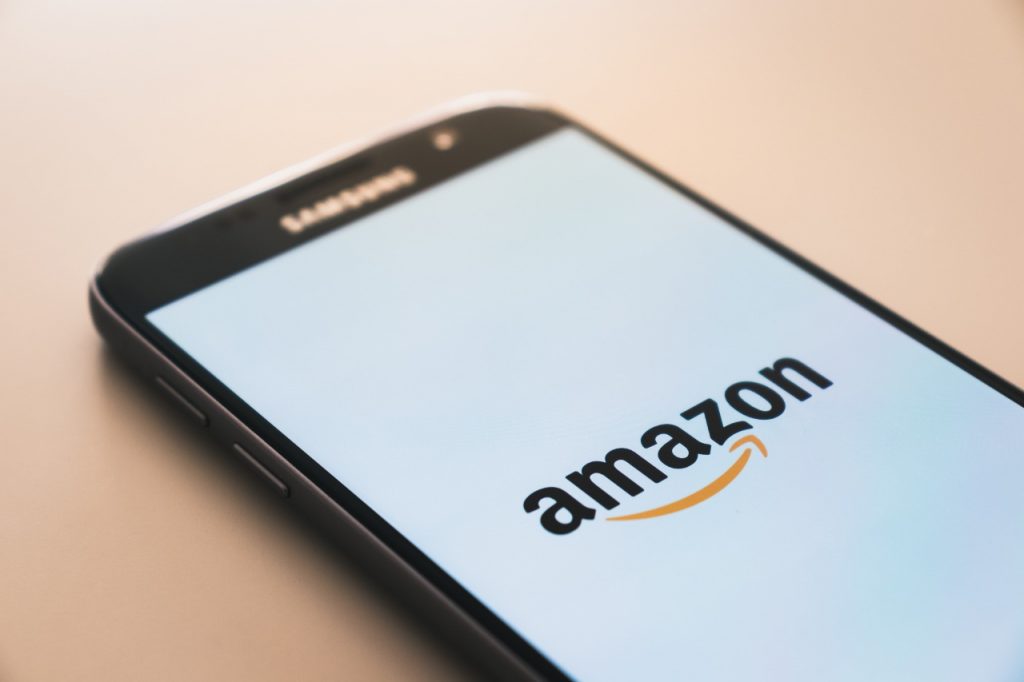 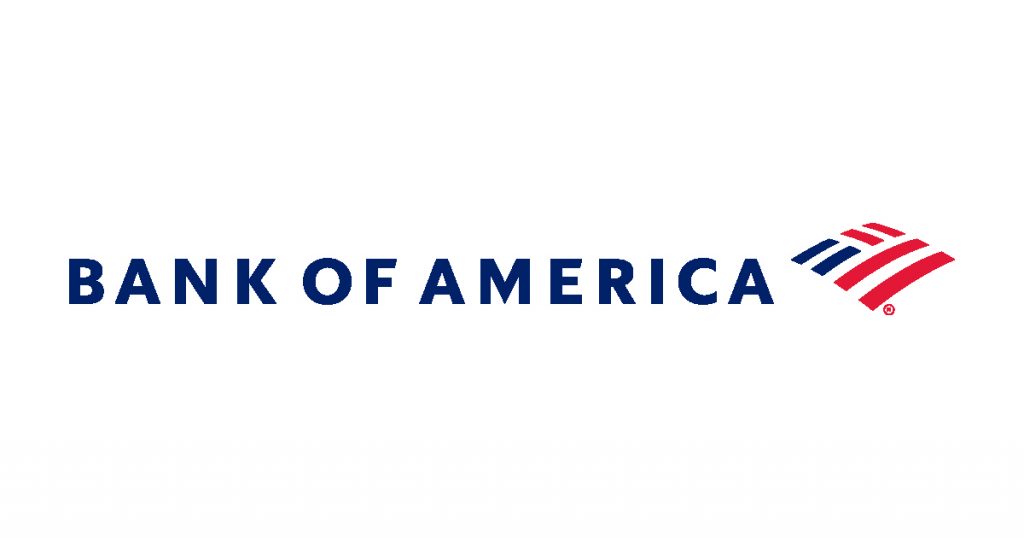 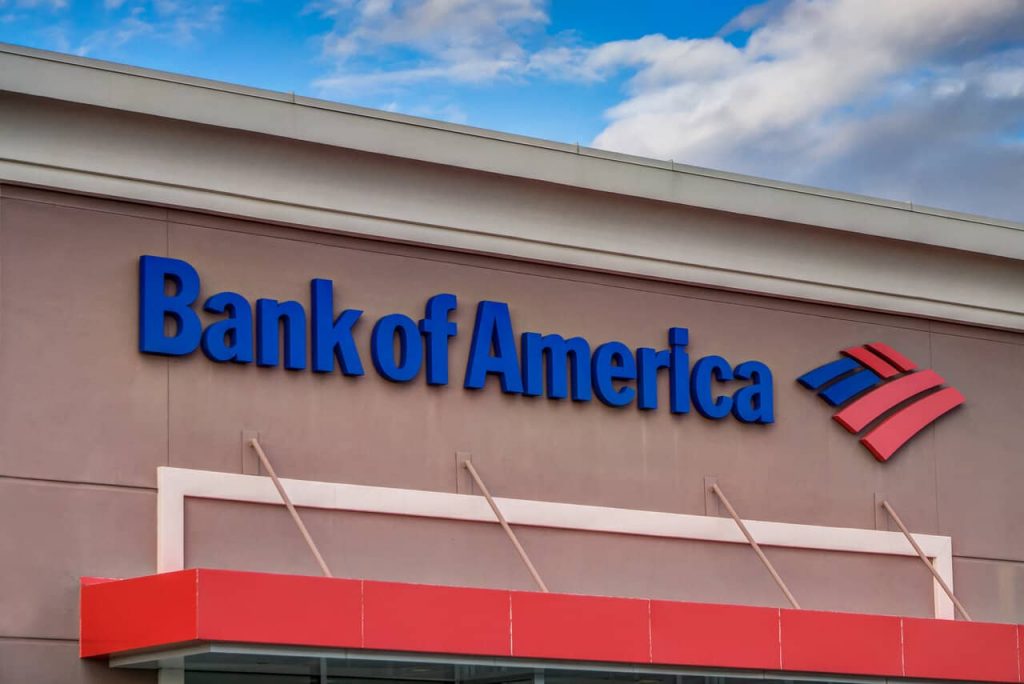 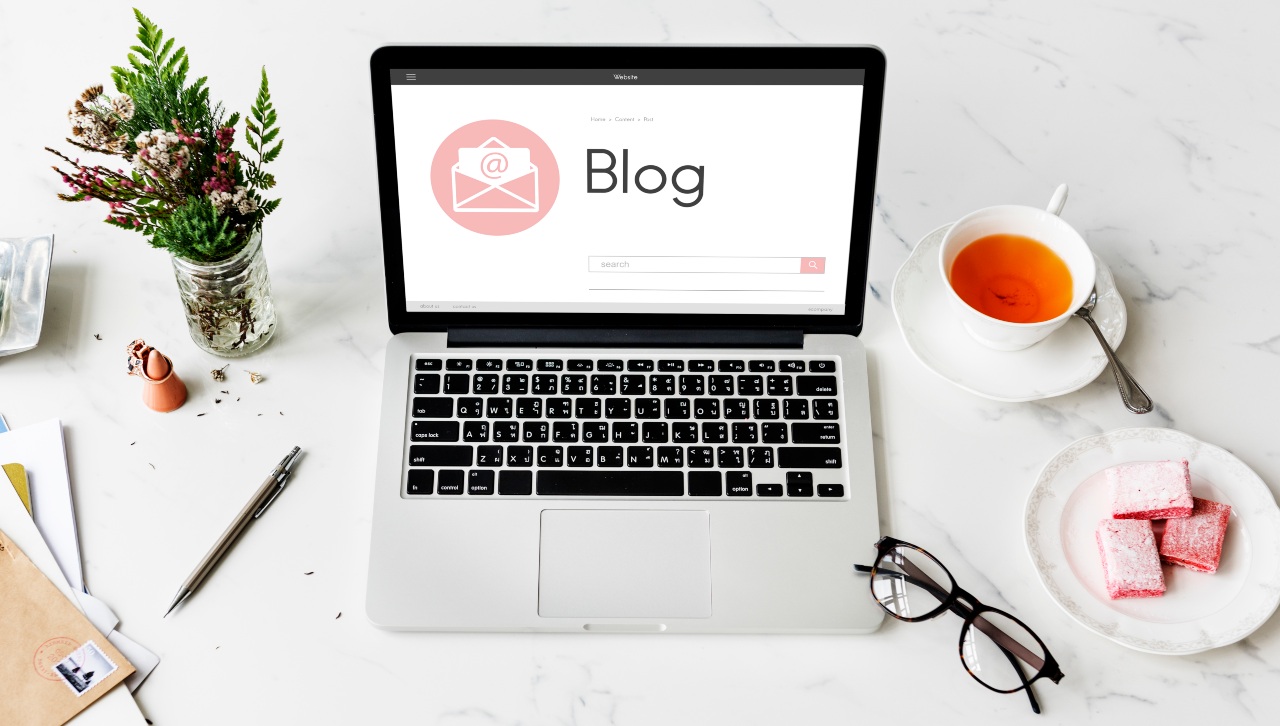 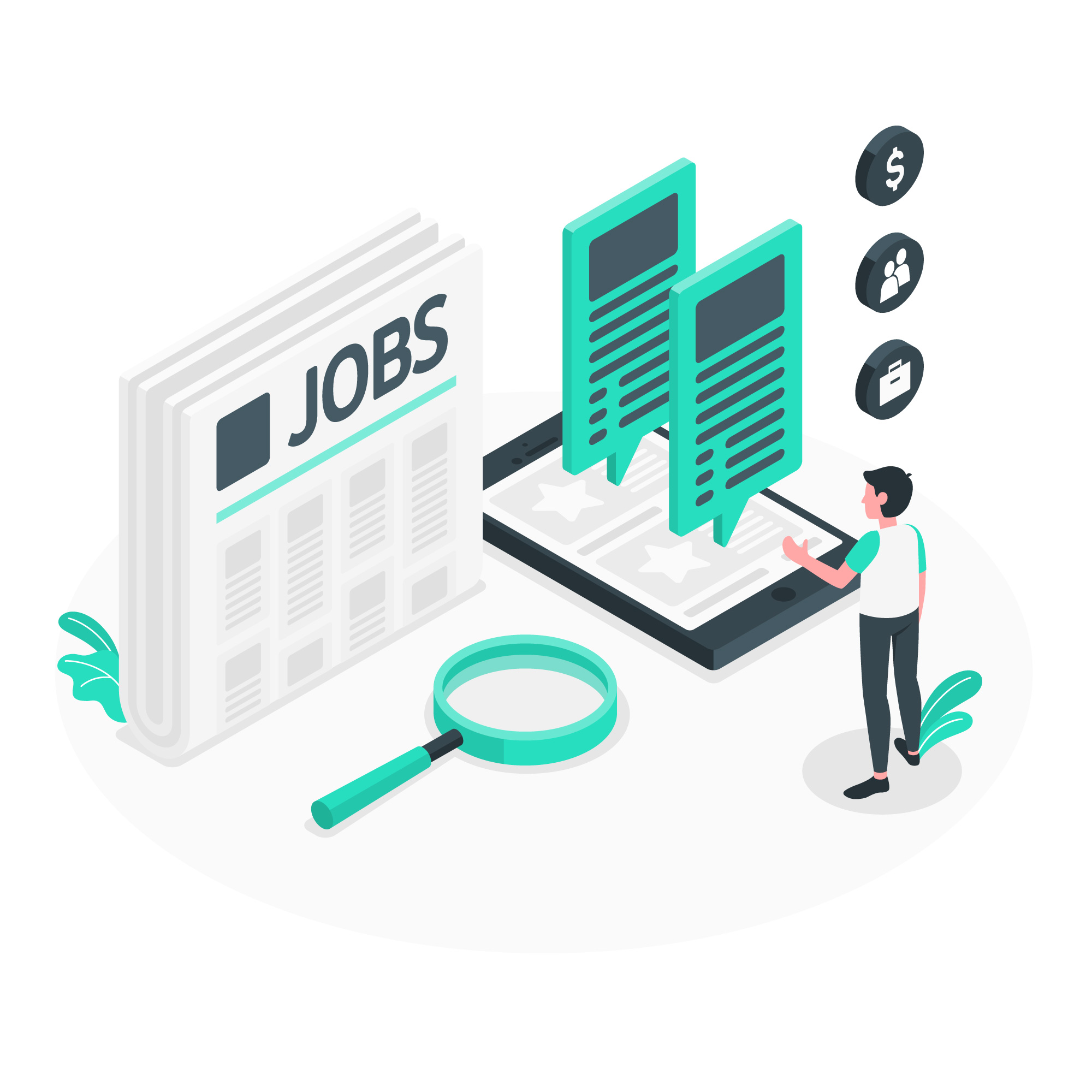 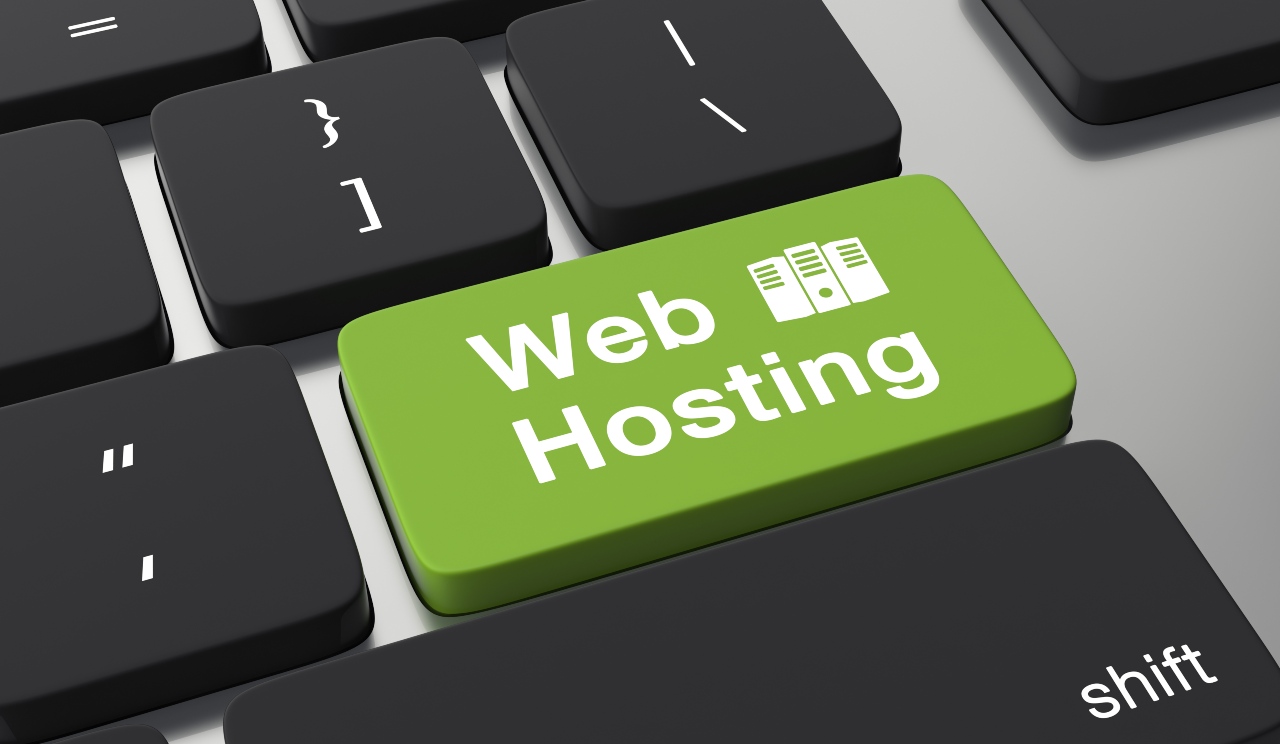